I’m happy to say that we will soon be in Croydon (South London) to present the documentary “Peace is Inevitable” at an event about how to prevent knife crime, a hugely challenging social issue that has resulted with the loss of around 50 lives in London last year.

Over the last 30 years Simon and I have been exploring and researching conflict in our workshops, courses and productions. I can humbly say that we have learned a thing or two about it – when you practice something you get good at it! This research into the heart of  conflict to create drama and comedy, has also led us to understand what creates and drives inhumane behaviour towards others and to discover solutions. Conflict is like an anxious river. It’s waters struggling up and down, over rocks and clay, around bends, over cliffs and cascades in an endless arduous journey… but eventually, ALWAYS, the river ends up merging with the ocean, it’s true destination. “Peace is Inevitable” talks about this inevitable fact that sooner or later we come across: that Peace is within us. The title comes from a gang leader from Ibarra, a small town in Northen Ecuador. He had entered into the toxic spiral of turmoil and tragedy until he hit rock bottom. Finaly he said no, enough is enough and with the help of  the Peace Education Program, from the Prem Rawat Foundation (TPRF), he and other gang members changed from the inside. Not because someone made them change but because they recognised the need themselves, from within. 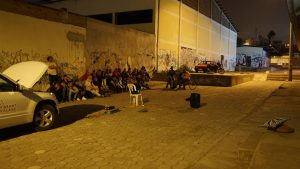 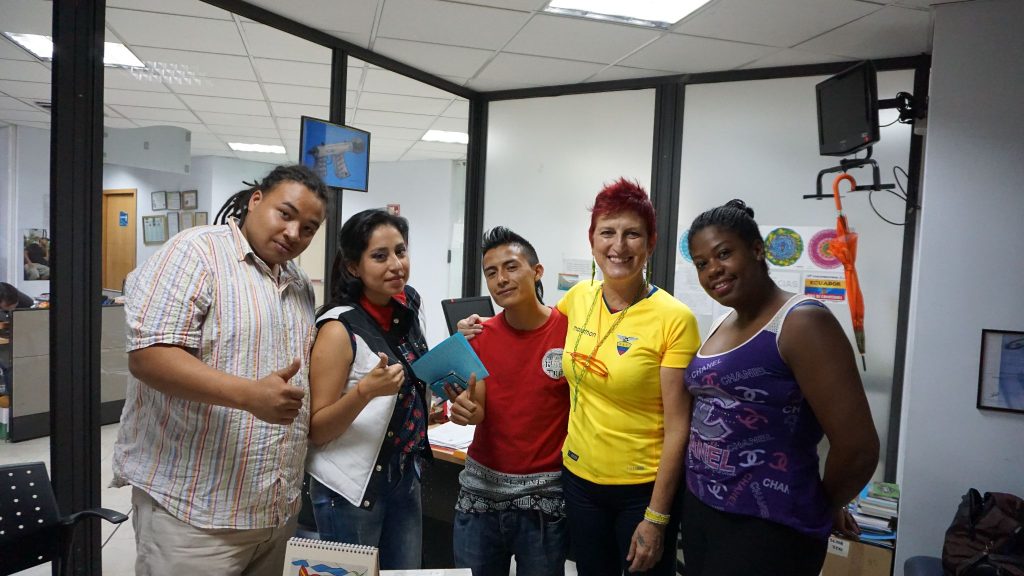 Gang members talk about their change with journalist Giovanna Tassi at the RPE (Ecuador National Radio). 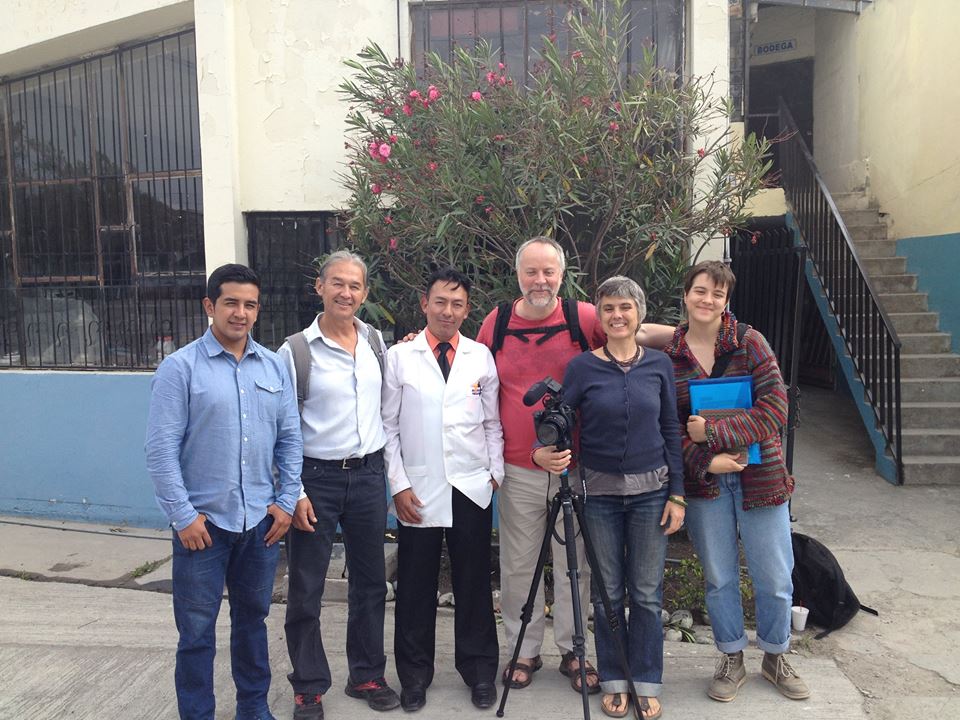 With teachers, filming in a school in Quito where the gang members run a workshop about drug prevention.

Simon and Marian have spent more than a quarter of a century working with drama in Theatre and Film. As well as collaborating with TPRF they are the founders of The Actors Space, a renowened International centre for Theatre and Film near Barcelona. Click here to find out about the 21st summer Workshops.