Simon Edwards (U.K.) has worked internationally in theatre and film for over thirty years, as an actor, clown, director and teacher. He trained at the Jacques Lecoq theatre school in Paris and has been a core member of Kneehigh Theatre, for whom he directed Skulduggery, Arabian Nights and Telling Tales. He has taught at many festivals and congresses around the world including the UK, Spain, USA, South Africa, Iran, Germany, Ireland, Holland, France, Finland, Portugal and Ecuador. Simon is a founder member of the Actors Space where he teaches acting and directing for stage and screen. 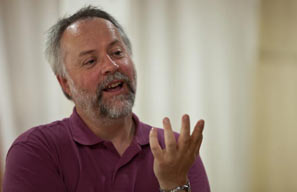 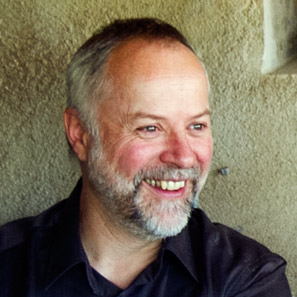 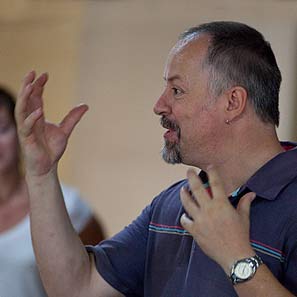 Simon has a natural talent for comedy (he started working as a street Clown at 14 years old) and over the years has developed his particular approach to universal clowning. He is teacher to some of today’s leading international comic actors.

Simon: Thank you for your patience, time and passion. Your love of this art is like the plague. It’s completely revitalised my eagerness to create, nourish and cherish the path I’ve chosen.