Emily Sly (the one on the right).

“…the training offered by Marian and Simon was excellent. I really took to the feedback style and the direct approach as I found it really clear and easy to understand:- when something was working we knew why it worked and if it wasn’t funny or it wasn’t truthful we knew why it didn’t work. The course was perfectly structured over the week with well thought out exercises and challenges that took you on a journey into comedy and clowning. I would definitely recommend the Actors Space to anyone who is seeking to develop their skills, it was great fun and good value for money, I hope to return soon”.

Jane Allanach (the one on the left).

“I will definitely return to The Actors Space and the expertise and sincere hospitality of Marian and Simon. I feel enormously privileged and fortunate to have found this unique and wonderful artistic haven”.

Our next intensive, residential Art of Comedy Course is from the 9th to the 17th August 2017 – to find out more click here.

Jane Allanach (the one on the left in the video).

“Four months on from The Art of Comedy Course at The Actors Space, I still feel full and blessed!

I spent eight wonderful days, although not without sweat and tears, in Marian and Simon’s beautiful farm house/studio – nestled in the pretty, peaceful Catalan hillside. If I’m painting a picture of perfection, that’s because (if such a thing exists) it’s what it felt like. From the outset, being met at the station by our hosts, and meeting up with the rest of the actors, I experienced the warmth and trust that so often comes with a group of people brought together for a common cause – to be creative and have fun!

The course itself was demanding, but was delivered to us in a way in which each exercise built on the previous one, and meant that everyone’s journey, to find their clown, was one of personal discovery. It was very emotional at times because ‘finding your clown’ means making yourself vulnerable (although always within the safety of the group and Marian and Simon’s watchful and nurturing eye). 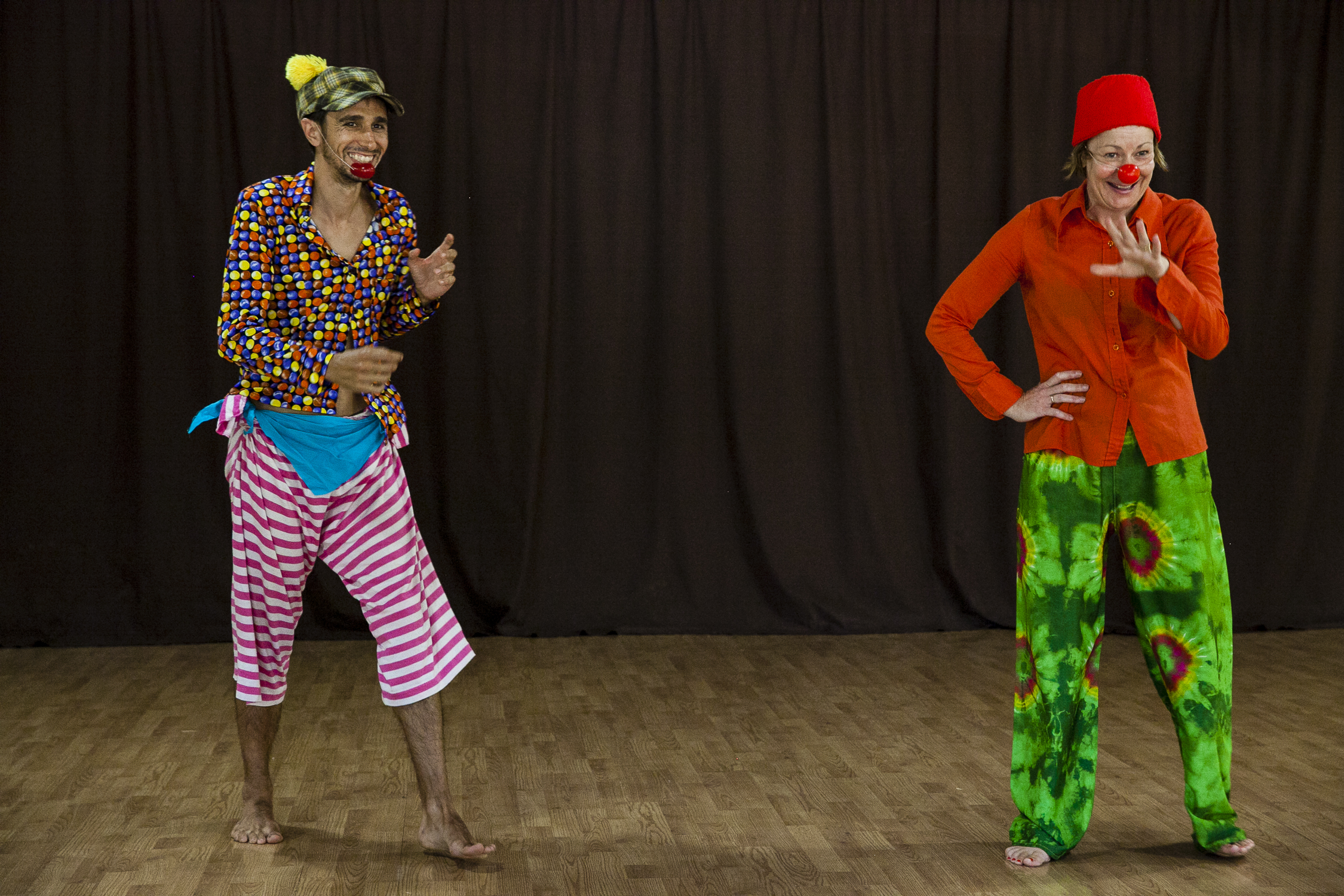 To begin with, I found it difficult due to feelings of unfunniness, and too much censorship of myself. However, as the week went on, and I learnt to play the situation and not the idea, and to trust myself to do less, not more – it became easier. Also beginning with a half mask and progressing to red nose and ultimately no nose was hugely successful.

Since returning from the Actors Space, I have used the skills I’ve learnt to teach others. I work with a group of adults who have all accessed mental health services at some point. We come together once a week and make theatre. During the past term we have being doing half mask work concentrating on isolating the action, not stealing the focus, and being very clear with the ‘story’ we are telling – a cheerful festive account of a dysfunctional family and an alcoholic Father Christmas! It’s been very positive for a lot of the group who feel that the mask adds a layer of protection to them as performers, liberating them to use much more of their physicality than they would otherwise.

I will definitely return to The Actors Space and the sincere hospitality and expertise of Marian and Simon. I feel enormously privileged and fortunate to have found this unique and wonderful artistic haven”. 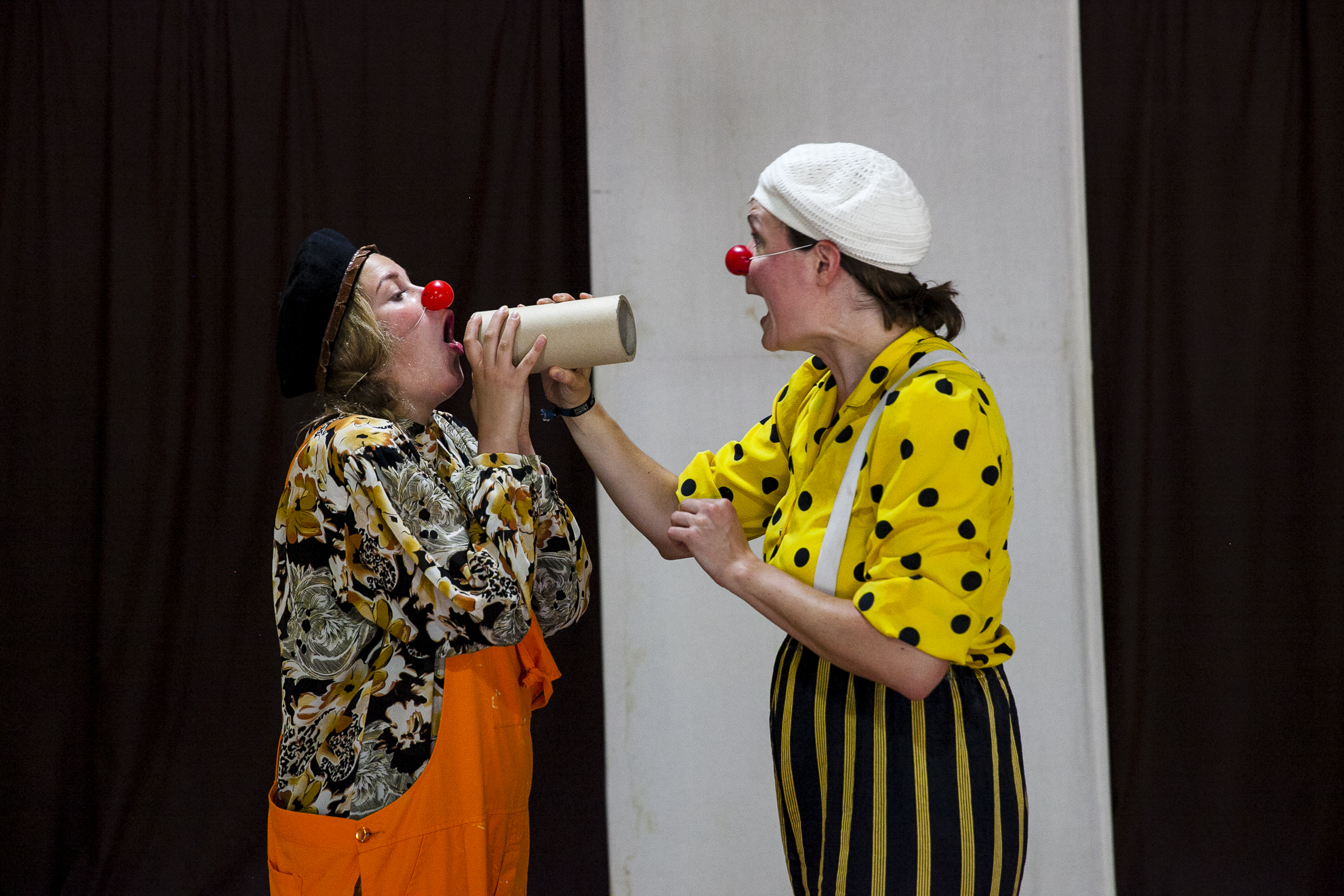 Emily Sly (the one on the right in the video).

“I first discovered the Actors Space when my mum returned from participating in The Creative Actor course, she was raving about how brilliant it had been and recommended I booked in for the following year. As a professional actor I often find it hard to book things in advanced due to my uncertain schedule and so without further ado I booked my place on the Art of Comedy course and flew out to Spain the next day.

Thankfully my ‘spur of the moment’ decision paid off, I arrived a little after the course had started but was welcomed in by Marian, Simon and the participants and soon felt part of the family.

I was attracted to The Art of Comedy workshop in particular as I wanted to deepen my understanding of the Lecoq method with a view to studying physical theatre as an MA and I have to say I was not disappointed, the training offered by Marian and Simon was excellent. I really took to the feedback style and Simons direct approach as I found it really clear and easy to understand:- when something was working we knew why it worked and if it wasn’t funny or it wasn’t truthful we knew why it didn’t work. The course was perfectly structured over the week with well thought out exercises and challenges that took you on a journey into comedy and clowning.

Since the course I have continued to use the techniques I learnt at the Actors Space in my professional work as an actor with Blunderbus Theatre Company and in particular in my work with refugees as a clown volunteer with The Flying Seagull Project in Greece. I would definitely recommend the Actors Space to anyone who is seeking to develop their skills, it was great fun and good value for money, I hope to return soon”. 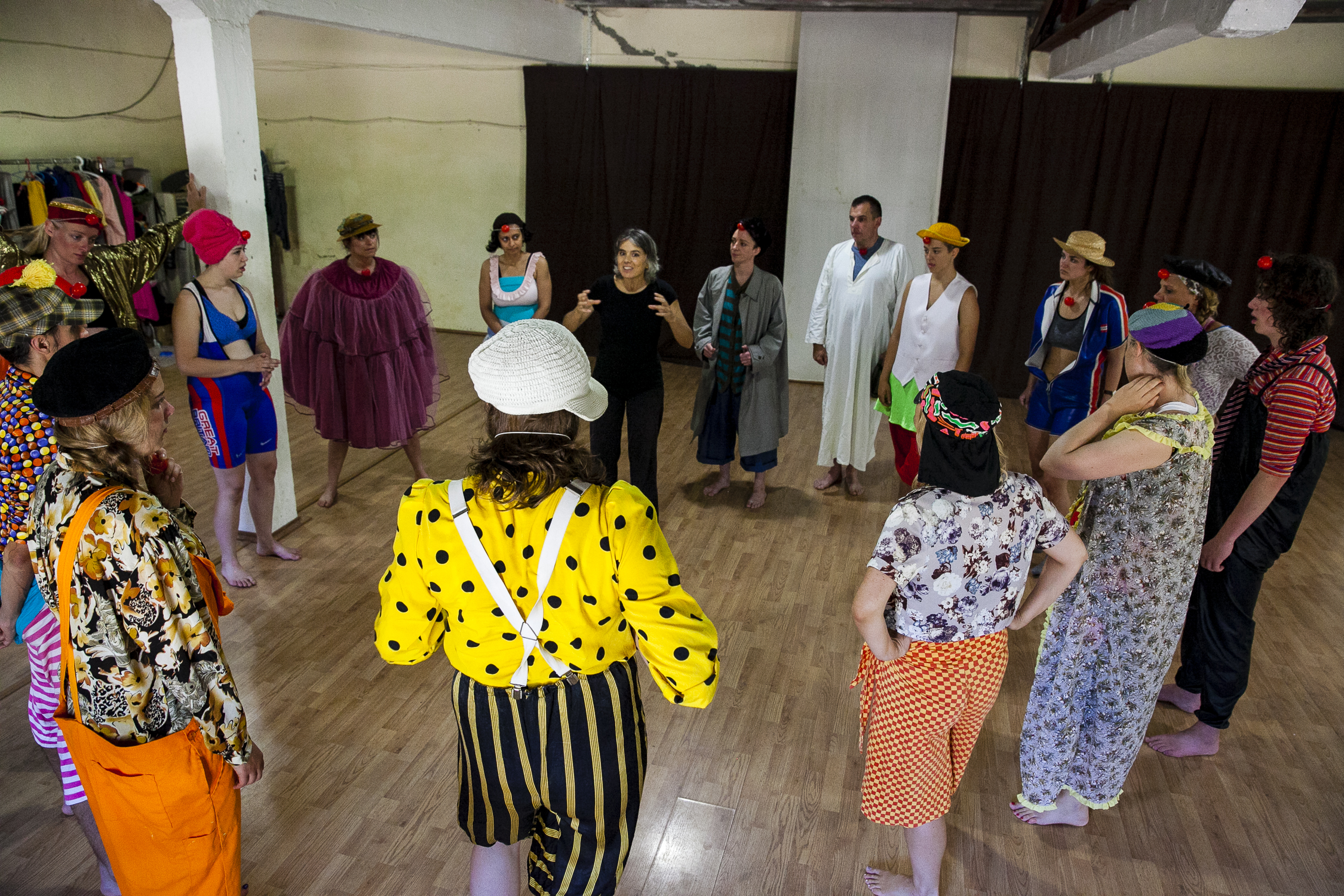 For information on the Art of Comedy course click here.

Marian Masoliver, teacher, talks about the pedagogy involved in the training.

What I like most about our pedagogy is that it nurtures the creativity of the performer and places the actor at the centre of dramatic creation. What is essential in the training is to get the participant to engage with ‘Le Jeu’ (or ‘Play’). Lecoq defines ‘Le Jeu’- “When, aware of the theatrical dimension, the actor can shape an improvisation for spectators using rhythm, tempo, space and form”.

‘Play’ is connected with making the most of any particular moment dramatically. It is about rendering the moment fully into life on stage. To achieve this the actor has to train their body, imagination and creativity. We do this by exploring the actors dramatic and comic presence and the nature and dynamics of conflict; The push and the pull, contraction and expansion, crescendo, rhythm, space, event… The work focusses in like a microscope to reveal the essence of comic/dramatic situation. We work with the ‘motor’ of each scene. With this awareness  the actor is free to play. 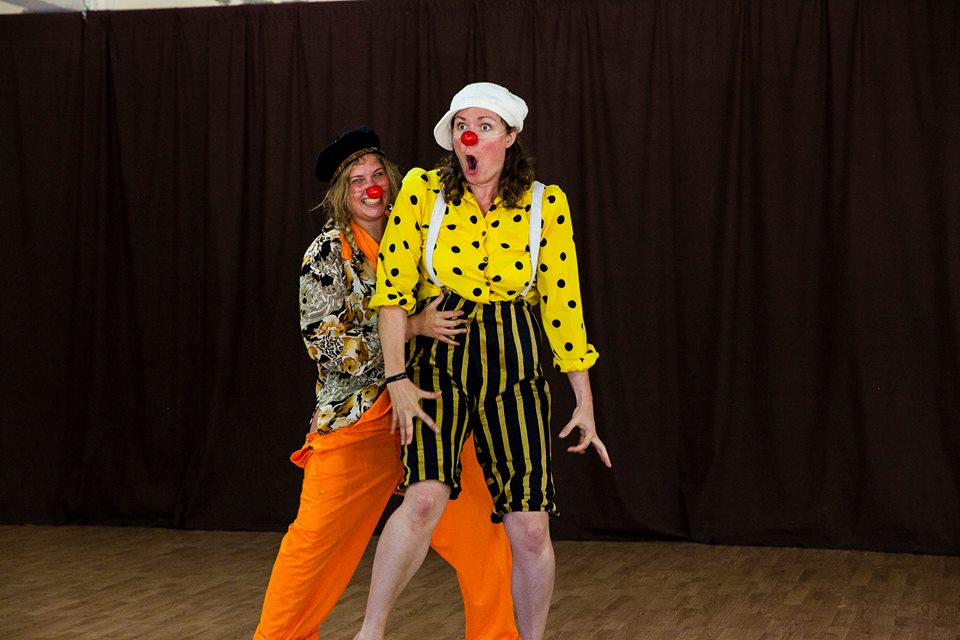 Also, we ask the question “What do you want to say”? To develop style with no content is a fruitless act. We encourage  artistic risks to be taken and together we seek poetic depths to be explored. We are after all creating work that mirrors life itself. 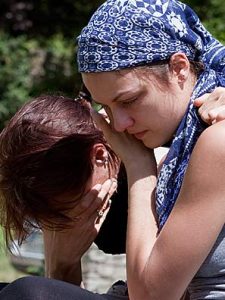 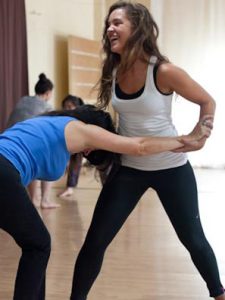 We are practitioners who teach. The techniques we share at the Actors Space have been developed from over 50 years of combined professional experience as actors, directors and teachers. What we offer is hands on physical theatre and screen actor training which at it’s core, is inspired by working with Jacques Lecoq at his international school in Paris.

Ultimately our aim is to empower the actor to create meaningful work. We do this by developing their understanding of all the elements involved, the writing, direction and acting. We call this the ‘creative triangle’.

To find out about our summer workshops click here.